Why You Should Ask Your Doctor About HS-CRP 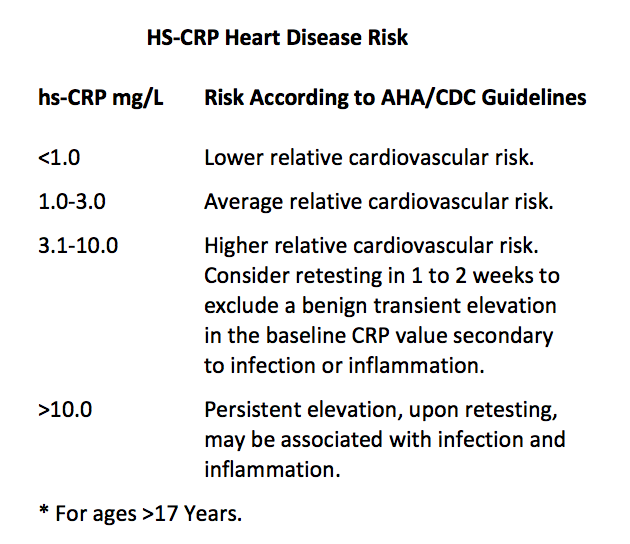 If you have high cholesterol but no other cardiac disease risks, ask your doctor about the High Sensitivity C-Reactive Protein (HS-CRP) test.

The HS-CRP test is an important predictor of heart disease risk. Actually, as explained in Why You Should Ask For Advanced Lipid Testing, if you are concerned about heart disease risk, you might want to ask your doctor about three key tests: HS-CRP, ApoB and LDL Pattern Type. (While they’re separate tests, all are included in one single Advanced Lipid Panel blood test.)

The HS-CRP test in particular predicts heart disease risk by measuring inflammation in the blood vessels.

If you take a cholesterol-lowering statin medication like Lipitor, you are likely familiar with statin side effects, including muscle issues and potential liver damage.

But did you know that taking a statin reduces the effectiveness of the flu vaccine?

Two new studies recently made that discovery. The studies were not small: four countries were involved, including the US, and almost 7,000 adults were evaluated. These two research studies concluded that adults who take statin medications had significantly reduced immune responses to the flu shot, compared with those who do not take statins. As well, the effectiveness at preventing serious respiratory illness was lower among adults taking statins.

In honor of Thanksgiving week, I’d like to thank (see what I did there?) Going Lo-Co reader Eileen S. for sharing both her experience and the cholesterol-lowering recipe she invented. Inspired in part by my post, Grapefruit Pros and Cons (which will forevermore be dubbed, ‘the post that keeps on giving’ as I wrote about grapefruit way back in 2013 and Eileen ran across it two years later!), Going Lo-Co blog reader Eileen S recently invented a new cholesterol-lowering recipe.

As you may recall, Grapefruit Pros and Cons is about the amazing fact that grapefruit – plain old grapefruit – 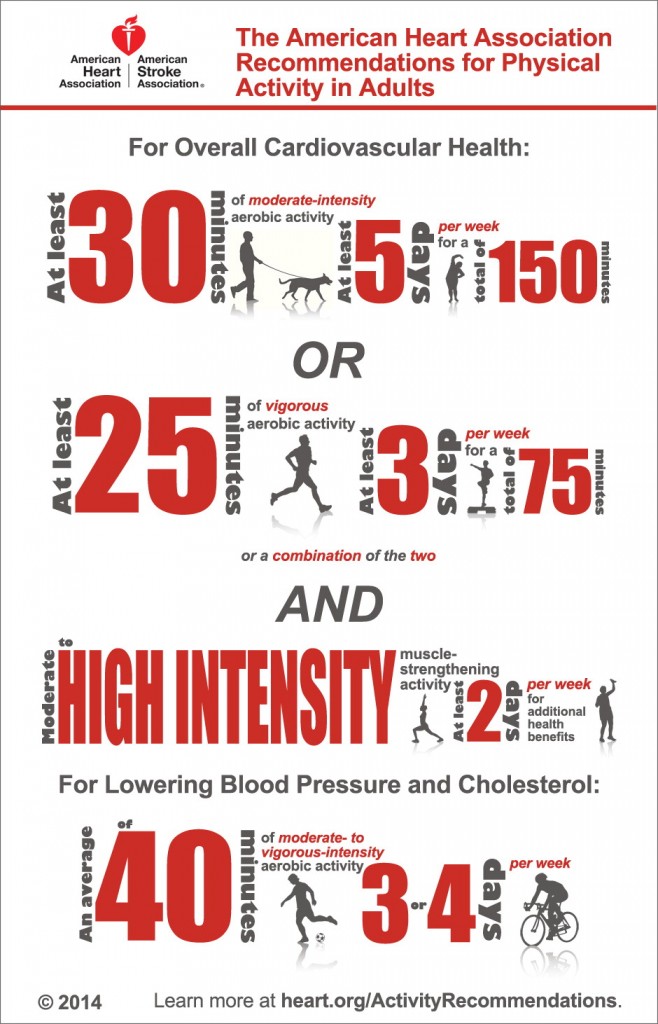 And for good reason: exercise is one of the key methods for lowering cholesterol – and blood pressure, my new concern — without medications.  Oh, and that dropping weight side-benefit (ha ha) is kind of fantastic, too.

So to reduce my blood pressure and to continue to keep my cholesterol in check without any meds, I’ve been wondering just how much, how hard, and how often I need to exercise.

In researching, I found this nifty chart from the American Heart Association.

New Cholesterol Guidelines – An App For That

The American Heart Association and the America College of Cardiology released completely new, totally different guidelines for the treatment of high blood cholesterol back in November 2013.

As explained in my post, The NEW Guidelines For Cholesterol-Lowering Statin Meds, in broad strokes the new guidelines state that if you are in one of the following four groups you have elevated heart disease risk and should take statins: