Maybe you’re one of those people who love pie. Or maybe you’re like me and your dessert vice is chocolate but it’s Thanksgiving and you have to make/bring a pecan pie.

You could buy one. But it’ll be high in fat and cholesterol.

Instead, why not make one from a Cooking Light recipe? Big plus of this plan: you get to have some fun by not telling anyone it’s a lo-co pecan pie! Let ’em scoop on some vanilla ice cream or whipped cream, and listen to them rave about how delicious it is.

Then tell them it’s a Cooking Light recipe. 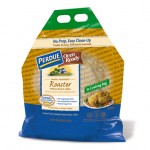 What’s great about roasted chicken is that it’s both a healthy lo-co meal PLUS it’s the ‘dinner that keeps on giving’ with terrific leftovers.

But I rarely serve it because the store-cooked chickens are always dry, and…well… actually roasting a chicken is awful.  The sticky process of tying down the legs, the horror of reaching into the cavity for the giblets. And the guilt when you toss the carcass rather than making soup.  Because who does that, really?

So basically, I never roast a whole chicken.

But there I was at Stop & Shop last week,

The whole “It’s Important To Exercise Daily to Lower Cholesterol” thing is really bugging me.  (Possibly because I didn’t exercise yesterday or today.  No elliptical, no tennis, nada.)  But daily exercise as a goal feels unreasonable to me.  It seems like overkill — I mean why daily?  Why is daily so critically important?

And aren’t I exempt because I’m already in decent shape?

Searching for that exemption led me online, where I found the opposite.  Turns out, there is a concrete reason why exercising daily is important to lowering LDL, no matter what kind of shape you are in (there are probably many reasons,

For me, food is the most interesting AND most difficult part of this Lo-Co quest.  I enjoy cooking, so searching my cookbooks (and buying new ones!) for recipes to jump-start this Lo-Co journey has been fun.  That said, I am starting to enjoy it less, as the pressure mounts to PLAN and then actually MAKE a healthy dinner every day…or at least most days. Or, more accurately right now, some of the time.

But there’s more to the Lo-C0 equation than just diet.

There is also exercise.  Now here’s the thing – I’m in decent shape.

The Beans and Cabbage Lunch

So…the White Beans with Cabbage, Pasta, and Ham. How was it for lunch?  Well, um, OK I guess, but unlike most leftovers it was not better the next day.  In fact this was, if anything, blander.  Not an easy achievement.

That said, for a quick, no-plan lunch this recipe worked well enough that I downed it 2 days in a row.  And its Tupperwared existence in my fridge saved me from having to think about lunch: a big bonus, as I was on conference calls through lunch both yesterday and today.  (Yes, I mute the call while chewing.)