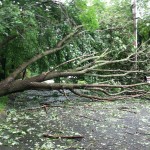 Four days post Hurricane Irene, and we are STILL without power.  Worse, the estimated date for us to get power back is LAST in our town, aka Wednesday 9/7.

Though we don’t have damage to our home, so really, I can’t complain.  Much.

On the plus side, my parents were visiting so we played cards every night using the lanterns I bought in that crazy pre-Irene binge shopping spree. I know you laughed at me, but check out how my insanity totally came in handy: 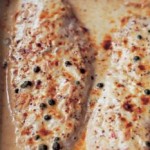 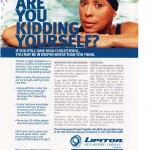 Have you seen this ad?  Lipitor – the world’s biggest-selling prescription drug (that’s right, not just world’s #1 cholesterol drug – the biggest Rx, period) – is running ads designed to scare people into believing they need Lipitor.  When they don’t.

What they are doing in this ad is brilliant from a marketing perspective (I’ve worked in consumer packaged goods marketing since 1990).  They have absolutely NAILED the common fear among those with high cholesterol: should I treat it with an Rx or not?

And it’s hard to get an answer to that.