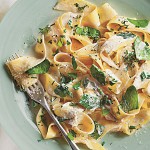 I’m afraid to look at how long it’s been since I posted a recipe. (And it would be so easy, what with that giant tag cloud and that category I named, oh, ‘recipes.’)  But I will refrain from feeling badly, and instead post about the fact that I actually cooked ONE, count-it, ONE dinner last week.

And it was pretty good, so I’m posting it here.

Cooking Light’s April 2011 issue had a ‘Spring Pasta’ feature, and I bought ingredients to make two of the dishes.  Sadly, I had to throw out one set of ingredients as the veggies wilted —

A tiny glimmer of lo-co motivation

The outpouring of support and ideas that flowed after my past 2 blog posts (and their woe-is-me theme) was inspiring and amazing.

Seriously, though – I am very grateful to those who commented (check out some great ideas in the posted comments).  It was fantastic – can’t tell you how much it meant to me.  Didn’t get me all the way to motivated but it helped.  A lot.

So I took the advice many of you gave, and decided to give the I-can’t-manage-to-eat-the-right-things-and-I-feel-like-I’m-failing routine a rest.

It has become clear in the last two weeks that my sudden lack of motivation to keep at this low cholesterol ‘program’ has a bigger root cause than my mostly-positive blood test results.  Got that good-ish news a few weeks ago, and I am still not cooking dinner.

Worse, on Sunday, after picking my son up from driver’s ed, we drove TO THE NEXT TOWN to grab some Wendy’s.  The other 2 times I went to Wendy’s it was at least subliminally motivated – I’d driven by one.  But this time, we trekked there.

To lower my my suddenly-sky-high triglycerides, my doctor wants me to take fish oil.  She also wants me to drink less alcohol, but: a) I’ve pretended not to hear that, and b) I think it’s only fitting to try a fish oil supplement before succumbing to that drastic a plan.  I mean come on, it is not reasonable to ask me to cut out my single glass of wine with dinner every night.  It’s just not.  So fish oil pills, here I come.

Now, you’d think that obtaining a fish oil supplement would be easy, right?  Just go to your local drugstore or WalMart or Target,